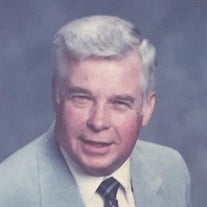 DEXTER, RICHARD C. “DICK”, 91, of Mahwah, NJ passed away on Saturday, March 2, 2019, after a long and arduous illness at the Paramus Veterans Home in the hands of his loving wife, Brenda Baer Dexter, and daughter, Robin Lea Dexter-Meyer. Loving son to the late mother, Gertrude May Dexter, and late father, Cedric Dexter. Devoted and loving father of both Robin Dexter-Meyer and husband Andreas Meyer of Clark, NJ, and Heather Ann Dexter of Seattle, Washington. Step Father to Gregory K. Van Dyke of Sebastian, Florida, Barry Van Dyke and wife Mary (Laurice) of Vernon, NJ, and Valerie Dawn Van Dyke Moore and husband John Moore of Vero Beach, Florida. Step-grandfather to Mandy Grace Moore Cardin and husband, James Cardin of Vero Beach, Jacob John Moore of Vero Beach, FL, Brian Jacob Van Dyke, Vernon, NJ, William Andrew Van Dyke, Vernon, NJ, and the late Andrew Barry Van Dyke, Vernon, NJ. Brother to Darlene Lundstrom and husband Robert Lundstrom of Westlake Village, California. Richard attended the University of Idaho and ran track there. Richard served in the Navy during the second world war and later during the Korean War as a Communications Specialist at the age of 17. He attended the University of Washington for a year, was called out of college to go to Japan for a year's duty, then went back to the University of Washington to complete his degree in electrical engineering. There he was a member of Lambda Chi Alpha fraternity. He worked for Western Union for 34 years. He served in California, then being transferred to Western Union, Mahwah, NJ, and Upper Saddle River, Ramsey, NJ, he was promoted to Director, Network Operations. He became President of the Western Union Retirement Association and was dedicated to his tenure. He served many different positions in the Lutheran Church of the Redeemer, Ramsey, NJ. His church was his paramount love and attended faithfully. He was an avid bowler and enjoyed many an hour square dancing, attending dances not only within the state of New Jersey but throughout the country. A Memorial Funeral Service will be held on Saturday, March 9th at 10:30am at the Lutheran Church of the Redeemer, Ramsey, NJ. at the direction of Pastor Michael C. Linderman, Ph.D. Inurnment will follow at Redeemer Cemetery, Mahwah. In lieu of flowers, donations may be made in Dick’s name to the Lutheran Church of the Redeemer, 55 Wyckoff Avenue, Ramsey, NJ 07446

DEXTER, RICHARD C. &#8220;DICK&#8221;, 91, of Mahwah, NJ passed away on Saturday, March 2, 2019, after a long and arduous illness at the Paramus Veterans Home in the hands of his loving wife, Brenda Baer Dexter, and daughter, Robin Lea Dexter-Meyer.... View Obituary & Service Information

The family of Richard C. "Dick" Dexter created this Life Tributes page to make it easy to share your memories.

Send flowers to the Dexter family.