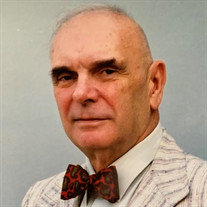 Victor George Macarol, 83, a photographer and multimedia artist whose work was widely exhibited in the United States and abroad, and who received multiple honors from the New Jersey State Council on the Arts, died July 30 at Llanfair House Care & Rehabilitation Center in Wayne. He was a resident of Paterson. Born in Belgrade, in the former Yugoslavia, Mr. Macarol was the son of Joseph Macarol and Gizella Macarol (nee Bonyi). He immigrated to the United States in the late 1960s and did postgraduate work at the Peabody Institute of Johns Hopkins University in Baltimore. As a photographer, Mr. Macarol specialized in the black-and-white gelatin silver process, training his lens on what The New York Times characterized as “the underbelly society.” “Mr. Macarol finds his people in the city, and they are usually disenfranchised,” The Times wrote in 1996. “They are frequently bums … but enjoying life all the same, as if their alienation from the rest of the world were also their freedom.” One such subject, captured in a photograph included in a 1981 exhibit at the Morris Museum in Morristown, was a young man with a two-toned rat draped around his neck. “The seriousness of his gaze makes it clear that this is no joke,” The Times observed, “but one does wonder why he would keep such an odd pet.” Reviewing Mr. Macarol’s work at Woodbridge’s Barron Arts Center in 1986, The Times said that the photographer was at his best with “found” humans and animals. “And although there is nothing here that compares with the shot of four basenji dogs investigating a giant flower pot (only one is doing anything about it), there is no lack of memorable images.” The Philadelphia Inquirer noted this about Mr. Macarol’s creative approach: “Despite the seeming casualness of his approach to picture-making, we notice Macarol has a quick eye to capture what he does. Often a human figure or animal will occupy only a small part of a picture, both because he aims to capture the fleeting moment and because he wants to relate that subject to the physical environment. There's an edge between what this photographer knows and what he portrays.” Mr. Macarol, who taught at Felician University in Lodi and Kean University in Union, received the 1987 Distinguished Artist Award from the New Jersey State Council on the Arts. Among the myriad venues where he mounted one-man exhibitions were the New Jersey State Museum in Trenton (where his works reside in the permanent collection), St. Joseph’s University Gallery in Philadelphia, Galerie du Photographe in Paris and Galerie 147 in Basel, Switzerland. Mr. Macarol is survived by a sister, Vernonica Macarol, of Switzerland. Arrangements were entrusted to Manke Memorial Professional Funeral and Cremation Services, Paterson.

Victor George Macarol, 83, a photographer and multimedia artist whose work was widely exhibited in the United States and abroad, and who received multiple honors from the New Jersey State Council on the Arts, died July 30 at Llanfair House Care... View Obituary & Service Information

The family of Victor George Macarol created this Life Tributes page to make it easy to share your memories.

Send flowers to the Macarol family.