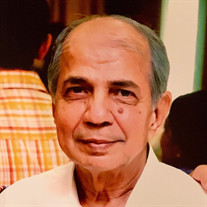 The family of Vinodbhai Dave created this Life Tributes page to make it easy to share your memories.

In lieu of flowers, donations can be made in Vinodbhai&#39;s memory...

Send flowers to the Dave family.